He has a goatee

Since he is a tree he is hassle-free

His branches are so free with the birds and the bees

Sometimes the pollen makes him sneeze

With his sneeze comes a big breeze

I think he has a very bad disease

Because of this disease he has been throwing up cheese

I hope it is not the Fleas

But if he does it doesn’t matter because Jo-Bob is tree who means so much to me! 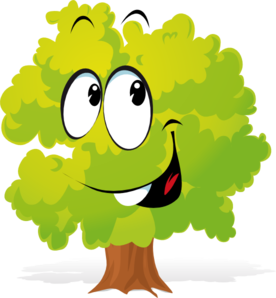 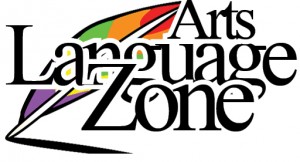 Language Arts is my favorite class this year.  We always do fun activities and we never have homework.  I also have a great teacher he is also my favorite teacher.  But do not tell the other teachers. At the end of every class we sing songs.

One of my favorite things to do in Mr. McGuire class is probable when we all talk in the circle.  We can have pretty interesting conversations.  I also like it when he puts us in groups so we can go over what we are writing about.  It really helps me so I can get a good idea of what I am going to write about.

At the end of the day we sing that is also one of my favorite things.  We sing funny, sad just pretty much every kind of song.  That is what I like about language arts. What do you like or not like about it?

I had four fish they were neon pink, orange, yellow and green.  I also had a see through frog named Bert.  I was kind of worried putting them all in the same cage because Bert was smaller than the fish.   But no I thought wrong.

So here is what happened I woke up and got ready for school I made sure that I put a lot of fish food and frog food.  But when I got home I only had a frog in the tank.  If you looked closely you could see the fish in side of the frog!

When I woke I looked in the tank Bert looked really weird.  Then all of the sudden he exploded!  It was so gross his body parts were all in the tank.

That is my crazy pet story.  I ended up getting a new fish his name is Finley. But I am never put it in a tank with a frog.

That one girl is mom.  My mom is awesome I love her so much.  I would be lost with out her.   She always makes me feel better no matter what.

My mom always puts my needs before hers.  One time I had to go somewhere but she had a jewelry party the same night.  She took me where I needed to go and was late to the jewelry party.  She makes the best chocolate covered strawberries ever.  Every year on my birthday she trows the best birthday parties for me.

I love my mom so much.  Somehow she still loves me after all the trouble I cause with my sister.  Who is that one girl to you?

In my langue arts class we sing some songs at the end of the class.  Now we have to pick a song to write about.  I chose the song Here by Alessia Cara.

I chose the song Here because I really like it.  The song is about this girl who is at a party and she does not want to be there.   It tells why she does not want to be there and she keeps asking herself why she is there.  It also tells about where she is in the party.  In the song it said “So pardon my manners I hope you’ll understand that here not there in the kitchen with the girl who’s always gossiping about her friends.

That is why I like the song Here.  If you have not heard it you should really listen to it.  I also really like how it tells the message.  What do you like about it?

I am reading the book Seeker Spirits In The stars written by Erin Hunter. The main character in the book is Ujurak he is brown bear he shape shiftier.  I think that Ujurak is brave and once he has his mind set to something he is will not give up until he finishes.

I think that Ujurak is brave because in the book it says Ujurak gazed at kallik his eyes filled with immense sadness this is the end of my journey he told her.  Then he said were going to save the wild but I am going to die I have to do this.  That is why I think that Ujurak brave.

I also think that Ujurak never gives up because in the book it also says that Toklo said it is impossible then Ujurak said  NO we are more than just bears.  We have come so far with out even knowing where we were going  we have survived orcs, polar bears and humans. We can not give up now or ever.  That is why I think that Ujurak  is brave.

In the book Ujurak did save the wild and he never gave up doing it.  He gave his life just so that his friends would be safe and so that he made his mom proud. Just think about it would you ever do something like that? 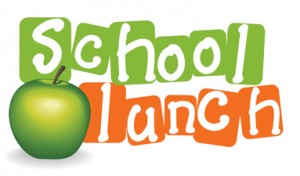 Today at lunch I sat by my friends Carly, Ella Maraya, Brooke, Rachel, Calla and Maraya.  It was fun we were just talking about our project in science that we are doing.  It was just like the usual lunch day until… Calla spills her chocolate milk!

So here’s what happened she went to get a drink and some one said something funny.  You can only imagine what happened.  It went every where but luckily it only got on Rachel and Calla.  Most of it just went onto  the table and the bench.